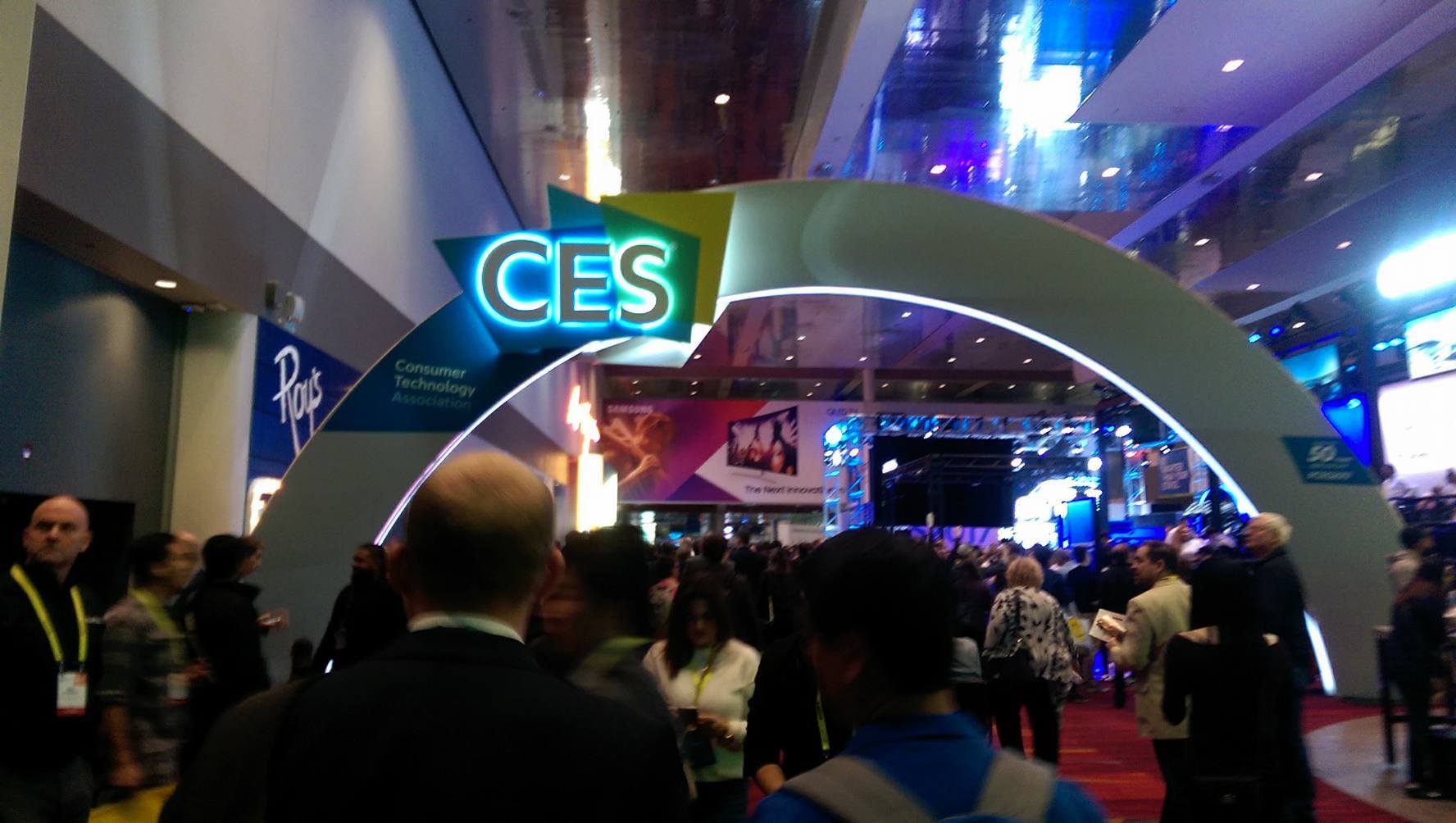 On January 4th, 2017, I got on two airplanes and spent 6 hours traveling to Las Vegas, Nevada to attend the annual Consumer Electronics Show for four days in hopes of catching a glimpse of the future. So now that CES 2017 has come and gone, what does the future look like?

The future looks like tons of personal assistants. Nearly every home and lifestyle technology maker had some shape or form of personal assistant available for demoing on the show floor. Unfortunately, many were inoperable or broken or simply display prototypes, but that might not have been a big deal anyways, as they all performed about the same set of tasks including but not limited to:

While all these companies tried to sell their assistants as the be all, end all solution to your busy-life woes, none actually seemed to deliver. The results, predictably, seemed to cause more trouble than it solved.

Personal assistants aside, there were smarter robots. Roomba style floor cleaning robots seemed to be much improved, adding features such as room mapping to prevent bumping into everything, and even expanding into other areas, such as windows.

There was also an explosion of robots that aimed to teach kids how to code on a basic level. Companies such as Kubo were showing quite impressive working prototypes that had surprising depth and complexity. Even I got carried away playing with the programmable tiles.

Kubo is able to store up to 2KB of instruction per programming tile. You can link the tiles together as a sort of track for Kubo to run along and read the program. It's actually a surprisingly advanced system, with built in support for recursive functions, loops, and even multiple functions. I highly recommend that you check them out.

Speaking of toys, there were also many much more expensive toys on display. One company specifically, Cerevo, was showing off an awesome model Dominator from the hit show Psycho-Pass.

They also had a model Tachikoma that was supposed to act as a companion of sorts.

But of course, it wasn't working that day.

Personal transportation was a hot topic this year. From NVidia's self driving initiative to Faraday Future's FF19 to Toyota's crazy Concept-i, the show was ripe with vehicular advancement.

After nearly two years of speculation, we finally get to see Faraday Future's production vehicle. I have to say, it looks quite amazing. Though how it will actually perform or if it'll even ship given the company's recent troubles is still very much up in the air.

Toyota's Concept-i was amazing as well, though it's a bit (a lot) more concept than actual car. Toyota says the AI included in the car will act as a companion for life, though I have serious doubts if the car will even last that long. Maybe there will be some sort of migration procedure...

Personal transportation was again a big thing this year, as a multitude of Chinese manufacturers brought their personal electric vehicles with questionable battery safety to the show, likely in a bid to get unsuspecting distributors to take the bait.

Besides those though, there were legitimately interesting companies with fun demos. Future Motion was showing off their updated Onewheel which remains as hard to ride as ever despite their promises of updated control schemes.

EHANG was back with their personal drone, though was still not able to show it off as actually flying it in US airspace is still illegal.

Display technology seemed to have seen a leapfrog advancement this year as multitudes of companies showed off their latest tech. From coin-thin panels to QLED tech, there was no end to beautiful looking displays on display (heh).

LG nearly stole the show with their insanely thin widescreen TVs. Around the thickness of a coin, these displays seemed to just disappear into thin air.

I promise there's a TV in that picture.

Not to be outdone, Sony showed off a TV that used its own panel as a speaker. The result was pretty impressive and actually sounded quite good, but unfortunately I was not able to get a picture of it. Interestingly, Sony's sound producing panel was developed and built by LG's display business. So maybe you really could say LG stole the show.

There were also a handful of fully transparent displays on show this year from both the big name companies and random Asian factories. They look interesting and definitely have practical use!

I refrained from getting footage of people trying out the actual product as I thought it would be better to leave people to their uh... activities.

By far the most popular gadgets on demo this year was personal audio related.

With the completely wireless earbuds craze in full swing, Chinese manufacturers are following suite with incredibly cheap knockoffs. The cheapest I was able to find by far was priced at $21 USD wholesale, which is insane considering other non-Asian companies are still pricing them in the hundreds of dollars. Predictably, the Chinese manufacturers did not allow me to conduct hearing tests, so I was not able to see if they actually fulfill their promises, but I did get pictures of the cheapest pair I found.

On the more legitimate side of things, I was able to check out Crazybaby's latest wireless offerings. Even though they were not prepared to do hearing tests, they were gracious enough to let me have a listen. What I heard surprised me. Punchy bass, clear mids and highs. I even turned my ear and walked a little ways away from the phone and was able to continue listening without experiencing any dropouts. At one point, the attendant monitoring me turned up the phone's volume to about half, and I had to tell him to turn it down because boy did they get loud!

Earbuds aside, there were many other well known audio companies present. Audio Technica was there with their wall of headphones...

and Sennheiser was there with some HE1 demos. Unfortunately they were completely booked for the entire show by the time I reached them, but they were gracious enough to let me into the private room to take some pictures between sessions.

Worth a mention were Westone and Hifiman's audio offerings. We were able to try Westone's W80 16 total driver IEM solution. With 8 drivers per ear, they packed a solid punch and sounded extraordinary. Hifiman also had nice sets of planar magnetic headphones on demo as well with a surprisingly manageable price of $300 for their entry level pair. Unfortunately, I was not able to get any pictures of these as I was too busy being entranced by the amazing sounds.

Of course, CES wouldn't be complete without a large showing from various computer related companies.

AMD had an open suite showing off their new Ryzen-based CPUs along with upcoming compatible products from other manufacturers.

We might have managed to cop some unofficial stats...

Inwin was also there right beside the Taiwan Excellence booth, showing off the latest in their crazy computer cases. I have an Inwin case myself, and while I can attest to their attention grabbing design, I can also attest to their often annoying internal layouts and hefty weight.

The unmistakable march of progress continues on, and technology keeps on advancing. CES isn't called the "Consumer Electronics Show" for nothing after all, and many of the products I've just shown will inevitable end up in our living rooms, on our desks, and in our pockets. On the show floor, the future looks like a bunch of robots, screens, and other knick-knacks meant to divert our attention from the last robot, screen, or knick-knack. But off the show floor, who knows? maybe these pieces of tech will all build up to something else.

Either way, the future sure looks real complicated, but maybe I'm not altogether opposed to that?